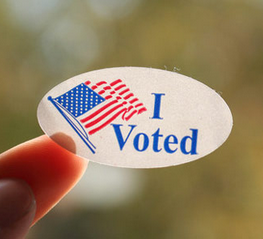 Now that the United States Presidential election results are in, it is hard to ignore that we have entered new territory regarding what we perceive to be mainstream ideology. Millions of Americans chose to reject the status quo as we know it. President-Elect Trump has dramatically disrupted the political process, but he is not the creator of a culture of disruption, he has merely tapped into a trend that has already been challenging businesses and institutions across many sectors – both in the U.S. and around the globe. There is a clear appetite for change, and Mr. Trump has effectively capitalized on these deep-rooted desires while showing us that if one is not willing to upend long held beliefs, they too will be swept up in the changing tides.

Mr. Trump effectively broke every perceived rule during his unconventional campaign. He was a political outsider. He shot from the hip with little worry of what anyone, including the media, would say. He used Twitter in an unprecedented way to directly reach, energize and expand his target audience without a mainstream media filter. He did not follow traditional policy beliefs that matched those long espoused by the Republican or Democratic Party, nor did he articulate detailed proposals. Above all, he made no apologies. And people found this as refreshing and innovative as they found it captivating and insulting.

So what does this teach us?

Mr. Trump won the presidency by using simple, clear and concise messaging to connect to the public’s desire to change a political system that they did not feel was working. And his messaging focused far more on connecting with the public’s emotions rather than its intellect. Connecting emotionally is to focus on a person’s individuality. As we have seen in the business sector, consumers have enormous options and capabilities to find products and services that cater to their individualistic desires. In order to succeed in this environment, listening to the deeply held personal beliefs and desires of the electorate and using clear and concise messaging to connect with those beliefs and desires are essential. Such an approach is critical for a business to break though the morass of traditional media, advertising and social media that hits us everyday — and effectively market its products and services.

While the Trump presidency brings a high degree of instability and unpredictability, it is important to keep in mind that the United States government and institutions have a long history of accommodating change and shifting political trends. The United States is a model for the world in terms of achieving smooth and peaceful transitions of power, and we have already seen strong evidence — from the words of President Obama, Hillary Clinton and the president-elect himself — that this upcoming transfer of power will be no different.

It is clear that the traditional business and political landscape is shifting – as disruption is becoming the new norm in many aspects of society – both here and abroad. The battle will only intensify between the mainstream establishment and the forces for change that are challenging it at every step.

The president-elect and those close to him have already begun to forge the new status quo – and business and governmental leaders around the world must closely watch for policy priorities that this team is telegraphing across critical areas of diplomacy, trade and business regulation, social programs, and matters of national and global security.

« KARV Founder and President, Andrew Frank on KVSF101.5 The Voice of Santa Fe » Our New Communicator in Chief