Our New Communicator in Chief 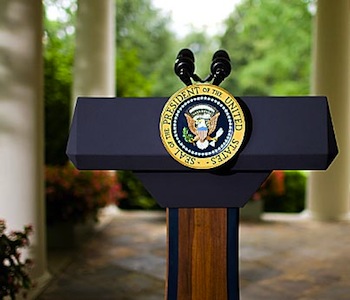 While we read the tea leaves about the next appointments President-Elect Trump may or may not make, we are also looking for clues as to what kind of “Communicator in Chief” he will be once he takes office.

There has been much sturm and drang over his initial approach to using traditional media relations and social media channels. As the NYT recently put it: “Mr. Trump has always had an unconventional relationship with the news media.” Some early signs are puzzling yet very much consistent with his and his campaign’s take on media relations.

Since the election, we have seen occasional Twitter posts, many of which are direct responses to what he sees as inaccurate coverage in traditional media outlets. We also saw Mr. Trump grant interviews with two mainstay outlets, the Wall Street Journal and 60 Minutes, and have read many news stories about various potential appointees with quotes from sources “close to the transition” but unauthorized to speak publicly about it. Astonishingly, we’ve also seen two instances in which Mr. Trump did not allow a press pool to travel with him – including one occasion in which the press was told he was staying home, then discovered from social media posts that he had gone to the 21 Club for dinner with his family.

One glaring omission is an old-fashioned news conference during which the newly-elected leader of the free world takes questions from a roomful of reporters. His immediate predecessor, President Obama, and many other Commanders in Chief of the modern era held news conferences within three days after first being elected. Yet Mr. Trump has not taken questions from reporters about his transition, his domestic policy priorities, or his perception of how the country has responded to his election victory.

Maybe this is simply our first exposure to the exact approach that the new administration will take to communicating with the press and the U.S. public: a constant stream of 140 character posts, with the occasional speech and the granting of select one-on-one interviews. This was his communications playbook while campaigning, which ultimately proved to be successful—but will this approach be effective once he assumes the U.S presidency?

Now that he is the leader of the free world, there is a new demand placed on Mr. Trump. Everything a United States President does is newsworthy, and it is the responsibility of the press to keep the world informed as to the President’s domestic and global priorities and the steps he will take to implement them. At the same time, the fourth estate has traditionally covered his every public word and meeting. Because of this, Mr. Trump’s lack of consistent interaction with mainstream media has created confusion and an information vacuum while fostering speculation and skepticism regarding his decision-making and the transition process he’s putting into place. This initial public positioning is not supportive of the President-elect’s effort to work with the U.S. Congress and carry out his ambitious agenda.

While his direct communications and simple messaging were effective in winning him the presidency, governing the United States and being the global standard-bearer may move Mr. Trump to adopt a more sophisticated communications approach to gain tighter control of the public perception.

Or maybe he and his team are already quite comfortable with the way they are managing the global media attention that is swirling around his every gesture, deed and Tweet, and believe this extension of this successful candidacy is exactly what is needed to build public confidence and convey stability following the tumultuous election.

If this is the new normal for how the new Communicator in Chief will feed and care for the fourth estate going forward, a broad disruption of the mainstream media will proceed unabated. Every communications professional and business leader must now take note of the tectonic change that is happening under our feet and across our screens.